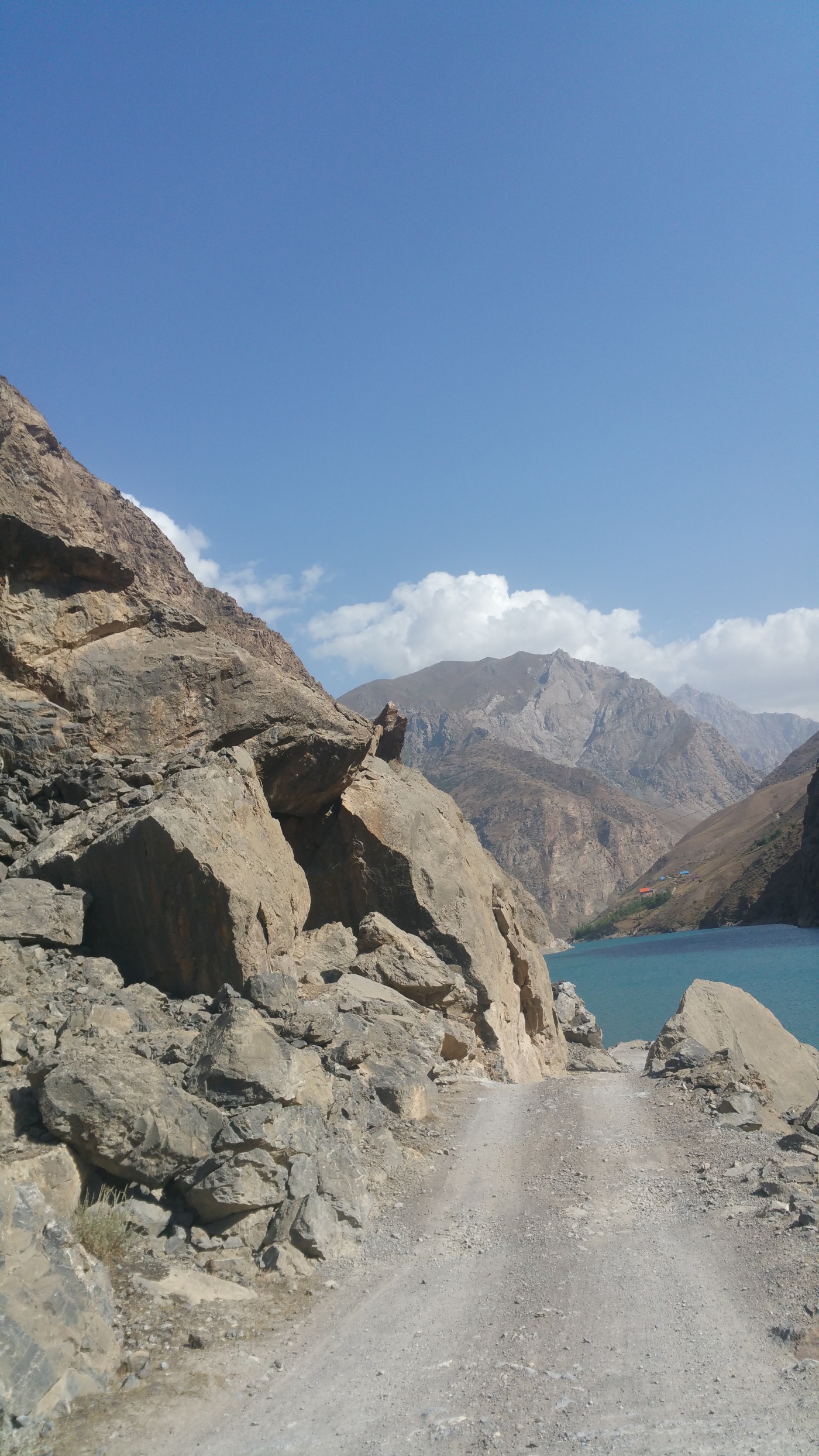 This country was a big mystery to me, I hadn’t done much research on it and I wasn’t even sure that I would go through it when I was sitting in my comfortable computer chair at home planning my route (What I would give to sit in that chair as I write this!).

Looking at Tajikistan on the map it was too close to Afghanistan for my liking. It wasn’t until I met a guy called James in Georgia heading from Australia to the UK (coincidence to meet another James on the road, never mind that we were both traveling to the location the other started). James told me that Tajikistan and Kyrgyzstan were his favorite and if I had chance I should definitely go!

I was sitting in Samarkand Uzbekistan waiting for the visa I wasn’t sure if I would run out of time. The Visa cost about $45 I think (can’t remember exactly) and although it said it would only take 48 hours, it took 5 days. During this time I was thinking maybe I should just head to Kyrgyzstan instead as I only had 3 weeks before I needed to be at the Chinese border.

Eventually the visa came and I hit the road. It was only a short ride and the border was simply enough, no bribes and very straight forward(ish). Ish being that you must have a slip of paper the guard gives you but forgets! It was amazingly different to Uzbekistan. The flat deserts disappeared were immediately replaced by mountains.

My next thought apart from “OMG this is beautiful” was the people appeared to be so nice. The children shouted hello, waved and even ran out into the road for a high-five as you rode past! It made me realize after a while what it would be like if the Queen of England was to get a Harley Davidson! I waved that much that I even wondered what I was doing by shaking my hand at people. What a strange gesture when I came to think of it.

I hadn’t got anywhere to stay and I was told by James to go to the 7 lakes. I hit the first town, got some cash and turned right. Around 3 km down the road I hit a security guard who took my details and I was on my way.

The road soon disappeared and a gravel track took its way. I didn’t realise the road was off road and I presumed that I would simply ride up to lake 7 and come back down. It was only about 90km, should be a problem right?

It started off nice and easy, the first 5 lakes were piece of cake to get to. Each getting more scenic than the last. It wasn’t until I reached 6 and started my way to 7 that I realised I wasn’t going to get up there and back to the town where I came from! I saw the next incline just after a sharp hairpin and decided to take a rest. At this point I wasn’t sure that I would make it up to lake 7. I knew I could camp up there and really wanted to but the road was tough and I hadn’t at this point done much offroading fully loaded on this bike. Also my front tyre was finished and I knew that it could be an issue coming down.

After a wash, drink and topping up my water in the near freezing water fall I decided to give it a go. I let some air out the tyre and off I went. Slowly but steadily I made it up the first steep incline and started the second hairpin and climb. I knew at this point there couldn’t be a moment of self doubt that I couldn’t do this else I would be sliding down the gravel with the bike and picking it up!

It was around 15 minutes later that I made it to the lake after a small river crossing! The view was amazing and there was only one other set of campers there. The children came running up and asking for chocolate but as any one that knows me if I had chocolate I would have already eaten it!

I camped there for the night but was cool but not too cold. The only thought on my mind was how on earth am I going to get back down that climb on the loose rocks with my front wheel!

Of course the morning soon came and climb down I must! I decided to go early morning and the ride down wasn’t as bad as I thought. I mean sure it was bad and slippery but I kept the bike up and the ride was fantastic. I certainly should have stopped for more photos but soon enough after a detour (It was a detour, I promise! It was definitely not the case that I got temporarily lost!) I was back on the main road.

The next challenge I knew I would face was a tunnel called the tunnel of death or Anzob tunnel! As you can guess by the name it’s not the most pleasant place to be. It was 5km in length and has no ventilation. Described going from north to south in my opinion its as follows: the first 1km is with light, the 2nd had some light, the 3rd and on-wards had no light, the 4th appeared to be the lowest point and the smog and air was at its worst and at the 5th you exit and can breath as well as see again.

I followed close behind a truck that wasn’t too polluting and put my neck buff over my mouth. It sure was not a pleasant ride and I can see how some my have a panic attack. For around 5 seconds after about 1 km I felt at unease but that soon past. I could not see more that 15 foot in front of me, main beam seemed to make it worse. At best I could just see the wall to my right if I got close enough to it! It would be my advice to follow another vehicle such as a lorry (as they do it quite often I should imagine).

Unfortunately it was dark on the descend to Dushanbe as I stopped in a town before the tunnel and had a drink with a local (non alcoholic although from what I was told about the tunnel maybe a vodka would have been good) but I’m told the descend if very nice to look at. For me is was guessing where the corners are and avoiding chasing dogs!

This concludes my first 2 days in Tajikistan! I hope you enjoyed and keep your eyes open for part two. The Pamir highway and the Wakhan corridor!

Memoirs Of A Motorcyclist

Memoirs Of A Motorcyclist